Was there ever a smaller test rugby player than this man? Yet he played in one of the toughest test series ever!

The Smallest Test Rugby Player Ever?

Browsing through rugby things in the New Zealand summer (as you do!) I found this amazing shot of Tommy Gentles a Springbok test halfback from 1955-58. (see attached photo) Get a look at how teeny this man was!  The records show that he stood 1.60metres tall (that's about five feet 3 inches. His weight was a little over 57kgs = 9 stone. The photo was taken before a rugby test match in 1955 when Tommy made his debut against the touring British Isles team. Dare I suggest rather than in the dressing room as the caption for the photograph suggested it was taken perhaps in a studio before the official team photograph. But I met this man... Read more » 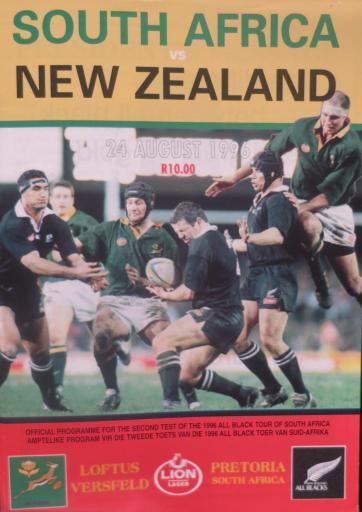 People often ask me ‘what was the greatest game you ever saw?’ As a young reporter I used to say it was the magical King Country v Hawkes Bay game for the Ranfurly Shield in Napier in 1968 (Colin Meads’  King Country team just got pipped by Kel Tremain’s Magpies by 19-16; 8 tries in the game! – a real thriller!) (To put that into perspective for you, you ought to know I had been born in Te Kuiti and King Country was then ‘my’ team!) But nowadays for my ‘bestest’ game I always go back to the glorious memory of the All Blacks v South Africa game in Pretoria in 1996. There was so much at stake that day and the game more than matched its expectations. Read more »

Always Check Out my 'Favourite Photos' site here. There's a Story behind every Shot!

www.keithquinnrugby.com started in August 2014 - and one of best parts is delving into my collection of photos, clippings and pictures from the game's glorious past (and present). I put up a new pic every week or so - and give you the reason and relevance as to why I have kept the shot so long. Just click on this 'Favourite Photos' link on the top of this page and scroll down them all. Read more »

Always jot down and keep a good quote! Here are my memorable ones from 2014!

From my reading of books, papers and magazines in 2014; from watching TV or sitting in a movie house or just plain listening to people yarning there are always quotes to jot down; Here are some of my favourite 'Quotes' (on any subject) from 2014 (Jotted down in my notebooks in no particular order): (And, by the way I've also jotted down the WORST sports commentary quote of the year. It's at the bottom of the page!) ..... Read more »

The All Blacks test record in 2014: Players and Scoring 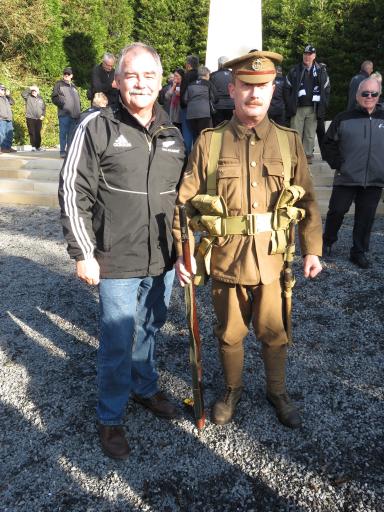 As tour leaders of  the Wiliiment Sport Travel groups in UK and France this winter (mostly following the 2014 All Blacks) Dave Loveridge and myself, with our wives, had been acutely aware that the inclusion of a 2-day breakaway trip from London to northern France and Belgium would be particularly poignant this year. 80 supporters were down to visit familiar battle sites for New Zealand war historians; places like; Messines, Passchendale and Ypres. Read more »