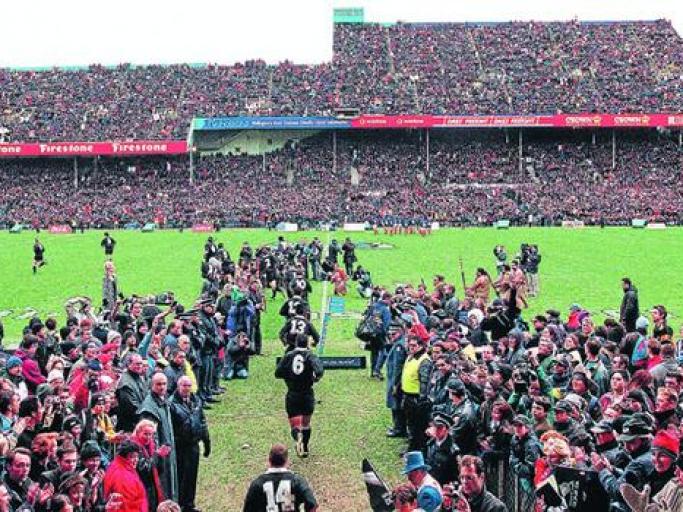 It never hurts to look back; the last test on Wellington's beloved Athletic Park

Memories of dear Athletic Park. The ground in the suburb of Berhampore in Wellington, New Zealand was called 'The Home of Rugby' on a sign inside the ground. But its time as 'HQ' for rugby in Wellington had to end. By 1999 the facilities at the very famous field were old, rusty and literally in danger of collapsing in some places. After rugby had been played there for over 100 years a brand new stadium had been built downtown (in what we know now as Westpac Stadium). So we locals came to that very sad but inevitable day in 1999 - when the last test ever was played on 'our' home ground. Read more » 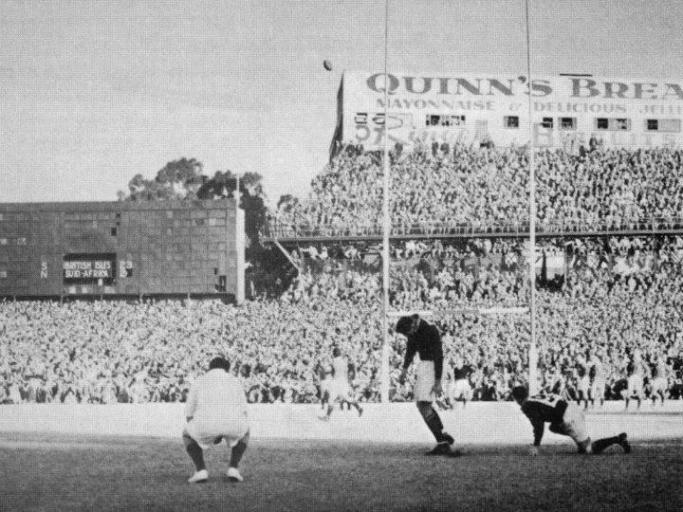 I love this old picture. There is so much about it that has come down the years. And on a personal level when I saw it as a kid I was first drawn to it by seeing our 'family name' on the advertising hoarding in the background. Read more » 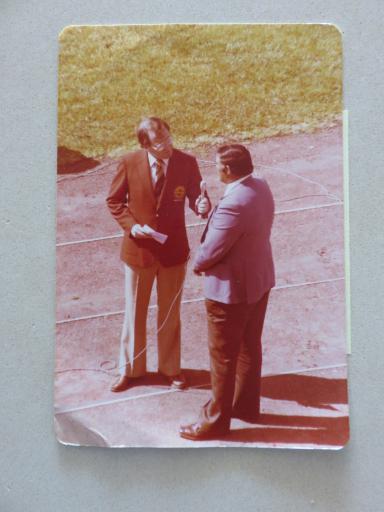 Meeting All Black great Peter Jones as a Young Reporter I kept Quiet About an Earlier Meeting we had had.

Here I am interviewing the great 1950s and 60s All Black Peter 'Tiger' Jones in Whangarei (in about 1985). I had met him earlier - before I was granted the right to wear the deplorable 'One World of Sport' blazer you see here! Read more » 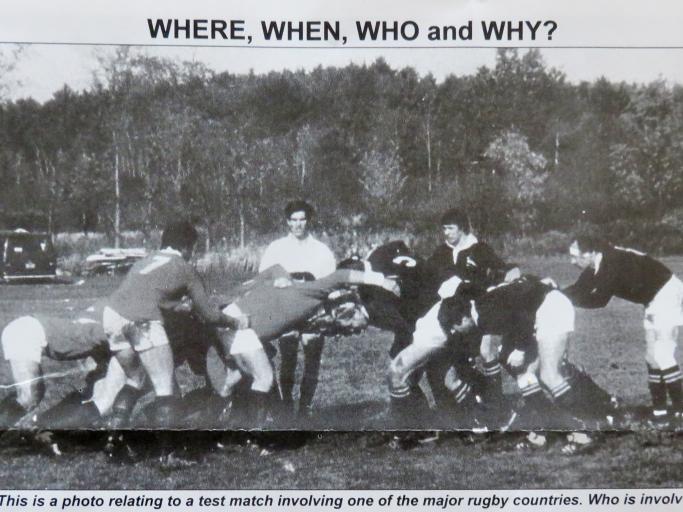 Only a truck on the far side of the field is 'watching' this full test match.

Big Crowds at Test Rugby? It hasn't Always been the Case!

This is a photograph taken at one of rugby's rarest events. It was a 'secret' test match played at Owl Creek Polo Field in Glenville, New York in September 1981. Read more » 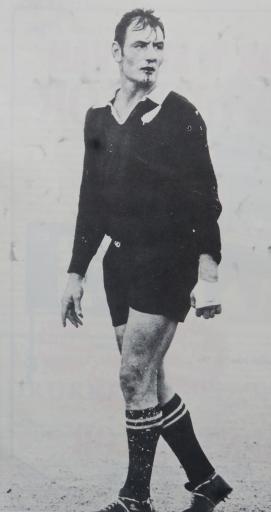 Brian Lochore battles on in South Africa in 1970.

A recent find; this great pic of 1966-70 All Black captain Sir Brian Lochore (With a story behind it)

The 1970 tour of South Africa by the All Blacks should have been a great experience for the All Black captain Brian Lochore. For tough reasons it did not turn out that way. Read more » 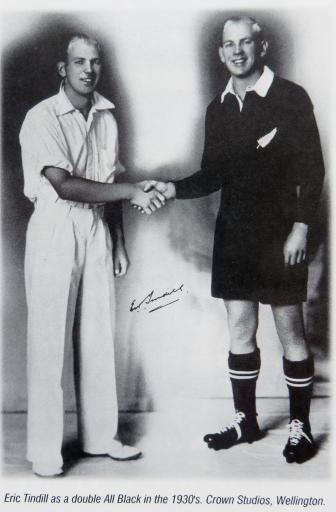 I've always loved this great picture of Eric Tindill of Wellington, the 'Double All Black.'  Such men were called that in New Zealand sporting circles. They were a rare group of men who played for New Zealand at both test rugby and cricket. There have only been a very few of them. This picture from 'Crown Studios' in Wellington was a great attempt to capture his double sporting talent. But Eric's record in International sport went even further than playing it. Read more »

Every day there is Rugby History 1 November 1980

Click to show The All Blacks spoil a big Welsh party!

It was the Welsh RU's 100th Centennial game. Expectations were high in Cardiff that day for a big home win but Graham Mourie's All Blacks took the cake 23-3!

A friendly and familiar nickname used, particularly in South Africa and New Zealand, for the officers of St John who attend rugby matches as ambulance or medical attendants.

The word ‘zambuk’ (or Zambuck as it is spelt in some places) is of South African derivation. It was the name of a well-known embrocation used by medical attendants in the early years of this century and in the two World Wars. Eventually those who brought it to sick soldiers (and injured army footballers!) were themselves dubbed ‘zam-buks’. The name has stuck though in these days of professional rugby when teams have their own medical staff the Zambuks are mostly seen patrolling and doing their vital work at lower grade club matches.

Fiji played its first test match is bare feet. Until what year?

In 1938, when New Zealand Maori toured Fiji played in boots for the first time. But a number of players took them off and threw them aside during the test matches.