You are here: Home » News Comment » Yet Another Newly Announced 15s All Black was a Gordon Tietjens' NZ Sevens Player first. The full list of similar 'Titch picks' really adds up... 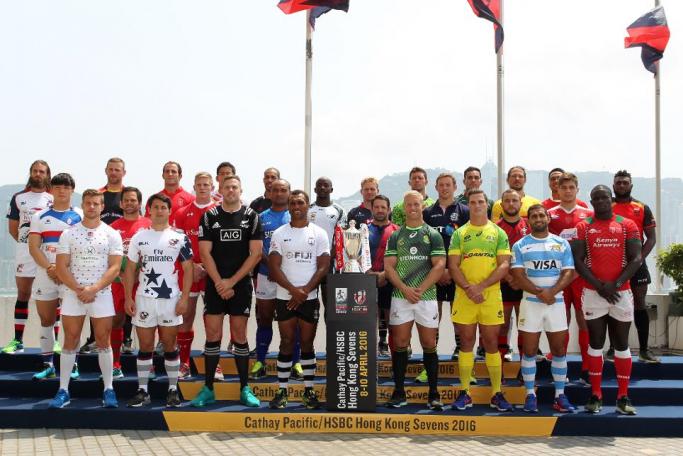 The first 15-aside All Blacks squad of 2016 has been released by the NZRU. Ardie Savea is one of 6 confirmed new caps. Which means he’s also now a member of another ‘exclusive’ New Zealand rugby club; those who were picked first by Gordon Tietjens as New Zealand sevens reps. That list is now climbing fast towards 50 players.
Below is my up-date list of ‘Titch’ All Blacks – or rather – the list of ‘he saw them first All Blacks!’

These days life is all about FAQ's; so to clear the air for those people who have often asked me just 'how many 15s All Blacks have first come through the Gordon Tietjens New Zealands sevens coaching teams?' here is the full and definitive list.
Note; While it is true Gordon has been coaching the New Zealand sevens team since 1994 his first involvement with a national sevens selection actually came a year earlier in 1993 with a New Zealand ‘B’ sevens team.

[In the lists which follow an * asterisk means a player had been a 15s All Black before being selected by Gordon Tietjens in an All Black sevens rugby team. (which means prominent sevens players like Eric Rush and Dallas Seymour CANNOT count in a Tietjens' sevens 'list' but others like Todd Blackadder, Jonah Lomu and Christian Cullen do]

1999/00
(NZ team to IRB World Series I (8 events) and the Sydney Sevens) with Mils Muliaina, Craig Newby, and Paul Steinmetz

2014/15
(NZ team to World Rugby (formerly IRB) World Series XVI) No All Blacks 15s players from the sevens teams of that year.

SUMMARY
TOTAL; Tietjens 7s selections who became 15s ALL BLACKS after being first picked by GT; 42
(plus 13 who he later included in his 7s teams after being chosen first by other selectors as 15s All Blacks)

Click to show A BIG All Black Great was Born on this Day in Auckland.


Little did the baby Jonah Lomu or his parents know that 19 years and 45 days later he would be playing for the All Blacks in a test match!

A café proprietor from Béziers, Danos was a key member of the famous French team which beat the Springboks in South Africa in 1958. He was the darting, diving scrumhalf of the team, committed to sharp running and passing, as well as being a dropped-goal specialist. It was his goal at Newlands which drew the first test for a French XV which had looked in danger of defeat. Indeed, it was said that Danos had such a sharp eye that he only ever drop-kicked for goal when he was certain it would go over. On that tour he made three attempts for three goals.

Danos is remembered for coining one of rugby’s classic quotes. Describing the differences between the various physical types who could play rugby, Danos simplified them to being just two types – ‘Those who play pianos and those who shift them.’

Why was the France v Ireland match of 1913 played in the morning in Cork?

So that the teams and the crowd could all go to the Cork Park races in the afternoon!