You are here: Home » News Comment » Would Gareth Anscombe Make it into a 'NZ-Welsh' team? He might! 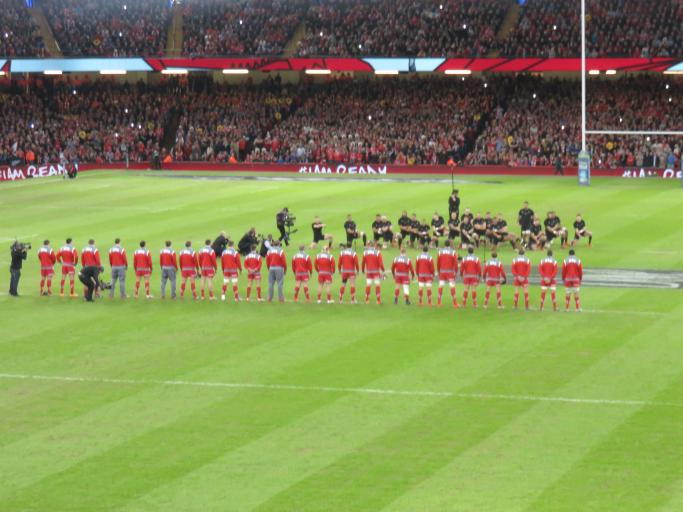 On hearing the news that Gareth Anscombe, the former New Zealand Under-20 international, had been included in the first Welsh training squad in the 2015 Rugby World Cup year, got me thinking. While it's sad that New Zealand has lost yet another player to a country off shore it is something we have all had to live with.

The thing is, Anscombe has gone 'first' to Wales to try for a start to his international career. Most of the other top All Blacks who have had time in Wales made the transfer towards the end of their playing days. To cash in - I think the term is!

I only had to flick around a few websites for a few moments - and from my own memory bank - to come up with a more than useful All Black team of relatively recent years who have all had 'reasonably extensive' experience of playing professional club rugby in Wales; (I have put Gareth Anscombe's name in an imaginary 'Welsh-New Zealand team here, as I feel sure the young man, given time, would have come through and had time with the All Blacks.)

Actually when you look at this list he sits in good company...but now he is gone forever. A big rugby decision has been taken by him.

Of the above only Hewett had minimal time with a Welsh club team; there are others of true original New Zealand extraction  and who were internationals (after playing for Wales) who could have been considered too; Like Hemi Taylor (A Maori who captained Wales in the 1990s), Dale McIntosh (another NZ born Maori who had 454 games for Pontypridd and was capped by the Welsh too); while Brett Sinkinson, Sonny Parker and Matt Cardy were also all capped after good provincial careers in New Zealand.

The coaching staff of this imaginary team could of course bring together the 'old firm' of Graham Henry and Steve Hansen. And Warren Gatland might have a say as well!!

The question is; have I left anyone of significance out of my team?

Every day there is Rugby History 28 February, 1976

Television New Zealand announced that all four tests of the 1976 All Blacks tour of South Africa would be telecast live. This was the first time all tests of an All Blacks event in South Africa were to be shown on TV.

Why was the France v Ireland match of 1913 played in the morning in Cork?

So that the teams and the crowd could all go to the Cork Park races in the afternoon!