You are here: Home » News Comment » One of my All-Time favourite rugby writers Huw Richards leaves his mark on 2015. And they're brilliant!

Good old Welshman Huw Richards whose written work I have always admired and enjoyed has obviously been keeping a super-close eye on the international rugby happenings of 2015.

Here he lists 21 obscure (and wonderful) rugby facts of the year just ending! And they're great!

Best wishes Huw - and please keep lists like this coming in 2016!

(published with thanks to that great rugby website espnscrum.com)

Plenty happened in 2015. There was a Rugby World Cup, England left early and a great All Black generation also departed -- but not before perhaps their finest achievement. Japan upset South Africa and sports desks around the world had to learn how to spell Goromaru, Milner-Skudder and Lobzhanidze.

Sam Burgess came and went, Canadians and Uruguayans set records they'd rather be without and there was a mad last day in the Six Nations. Some interesting stuff happened elsewhere, as well. Here, with thanks as ever to Statsguru, is 2015 by numbers...

0 - starts in international rugby in 2015 by French hooker Benjamin Kayser. But the former Leicester Tiger still ends the year with 37 caps, compared to the 27 with which he started it, due to the regularity with which Philippe Saint-Andre summoned him from the bench as a replacement. 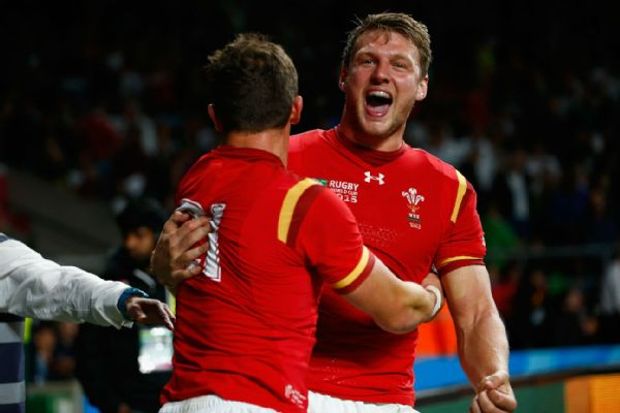 3 - goals dropped by Dan Biggar were sufficient to make the Welsh outside-half the leading marksman of the year in a somewhat diminished category -- way down on the record of 14 set by Jonny Wilkinson in 2003. Biggar's career total of six is sufficient to place him third on the list for the entire decade so far behind Nicolas Sanchez of Argentina (10) and Scotland's Dan Parks, who landed 13 between 2010 and 2012

3 - yellow cards issued to Quade Cooper of Australia in only five appearances, two as a replacement. It was too bad that his peripheral role in the Wallabies' World Cup squad robbed him of any chance of the all-time one-year record of 4, set last year by Russian prop Andrei Ignetsov. Campese Ma'afu of Fiji was also carded three times, including twice in the World Cup, but took 10 appearances to achieve this.

7 - years since 1995 that the All Blacks have finished with a winning percentage of 90 percent or more (the 2015 outcome was 91.67%). This is more times than the other established rugby nations combined -- South Africa, England and Ireland have all reached 90 percent twice.

8 - tries were scored by each of 2015's leading scorers, the lowest since 2009. Four men achieved this mark -- the World Cup-winning All Black wings, Julian Savea and rookie Nehe Milner-Skudder, Argentina's Juan Imhoff and England's Anthony Watson. Savea's 38 tries in four years make him comfortably the decade's leading scorer so far, ahead of Bryan Habana (28).

10 - matches played as an 18-year-old by Georgian scrum-half Vasil Lobzhanidze, beating Claude Dourthe's record of nine, which had stood since 1967. He made his debut aged 18 years and 115 days against Germany in February and made a huge impression as the Georgians produced their best performance ever at the World Cup. 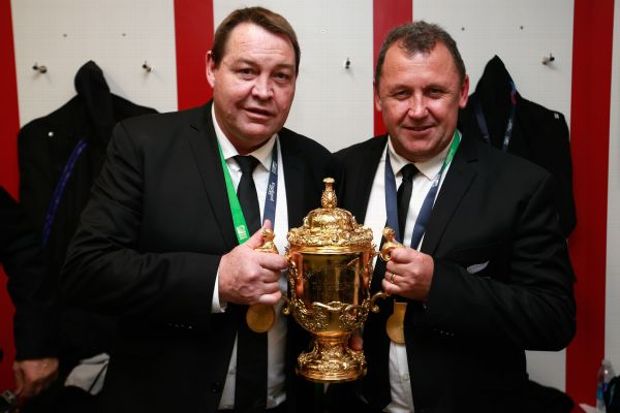 14 - points were registered in the lowest-scoring international match of the season, when Portugal beat Germany 11-3 in Lisbon on Feb. 28. There was a time when this would have been considered a perfectly normal score -- across the 1950s, an average of 14.4 points was scored in Five Nations internationals (the 2015 average was 44 points).

14 - defeats suffered by Uruguay in 2015, comfortably (if that is the right word) surpassing the single-year record of 11 set by Wales in 2003 and equalled by them in another World Cup year, 2007. Los Teros won their first two matches, against perennial punchbags, Paraguay and Brazil, but were later among the collateral victims of the World Cup's 'Pool of Death'. Three players -- centre Joaquin Prada, flanker Santiago Vilaseca and outside-half Alejo Duran, appeared in the lot. The All Blacks have by contrast taken nine calendar years, going back to 2007, to accumulate their last 14 defeats.

37 - points scored by Korea against Hong Kong in Incheon on May 16. Unfortunately for them Honk Kong scored 38, to make them the highest scoring losers of 2015. Korea had led 19-12 at half-time as well. This just squeezed out a number of more widely publicised performances -- France's 35 against England, Scotland's 34 in the World Cup against Australia, Samoa's 33 against Scotland and of course South Africa's 32 in the greatest shock of the year, against Japan at Brighton.

38 - years and 310 days, the age of Portuguese lock David dos Reis when he played against Zimbabwe in Hong Kong on Nov. 21, making him the oldest international player of the year. Dos Reis has played all of his 17 international matches since he was 30. Second on the list was Victor Matfield, who played his 127th and last test for South Africa in the World Cup third-place playoff against Argentina at the Olympic Park, while the other 38-year-old, Russian prop Serge Novikov, was continuing an international career which dates back to 1997.

55 - tries were scored by the All Blacks, more than any other team, and they converted 41 of them. This is identical to their record a decade ago in 2005, when they also went 11-1 for the calendar year -- on that occasion losing to South Africa rather than, as in 2015, Australia. That team didn't have a World Cup to play for, but did slaughter a visiting British and Irish Lions team, which they enjoyed almost as much. Six players from 2005 -- Richie McCaw, Dan Carter, Keven Mealamua, Tony Woodcock, Ma'a Nonu and Conrad Smith -- were still around to play in the 2015 World Cup. 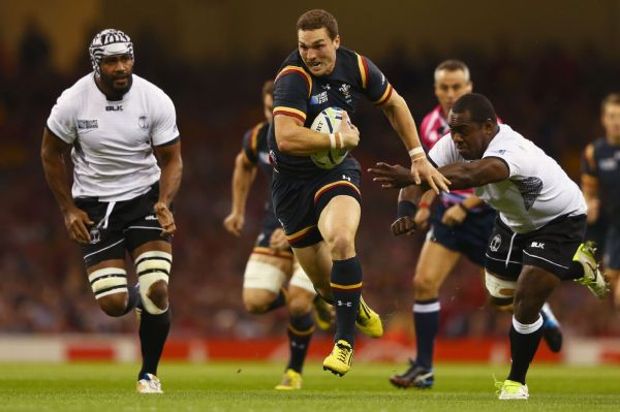 58 - caps won by George North to the end of 2015, by far the most ever by a player of 23 -- a number that could rise still further, since the entire Six Nations will take place before he turns 24 on Apr. 13. North holds the record for every age from 19 to 23, but is being pursued by Australia's Michael Hooper who became only the second player to win 50 caps before his 24th birthday when he played in the World Cup final.

82 - points scored by Niger against Benin in Ougadougou on May 27, the highest score of 2015. Benin did at least manage a try in response, going down 82-5, and will not remember this year with any fondness after conceding 209 points in their three matches.

90 - points scored in the highest-scoring matches of the year. England's 55-35 victory over France at Twickenham came at the end of undoubtedly the wildest, wackiest day of the year, a Six Nations finale without compare. Colombia's 77-13 defeat of Ecuador in Lima on Nov. 8 attracted less notice, but may have been appreciated even by the losers, since they went down 112-0 in the same match a year earlier.

96.66 - percent is the career winning percentage to the end of 2015 for All Black prop Wyatt Crockett, the highest in history by a player who has won 20 caps or more. Crockett has lost only once in a 45-Test career, as a replacement in the defeat by England at Twickenham in 2012. But he'd doubtless swap a fair few of those percentage points for better luck in World Cups. After missing out in 2011 he looked likely to be the beneficiary of Tony Woodcock's career-ending injury during the 2015 tournament, at last becoming an All Black first choice. But he in turn got injured in the quarterfinal against France, and it was Joe Moody, not in the original squad, who got to play in the semifinal and final.

122 - different countries got to play international rugby in 2015. Uruguay played most often, 17 times, and the All Blacks -- as is their wont -- won most matches. Four teams played only once -- Democratic Republic of the Congo's 29-3 defeat of Rwanda was the only outing for either side, while Honduras and Swaziland both lost their only matches. Luxembourg (4-0) completed a second consecutive flawless year and are unbeaten in eight matches since November 2013 while Sweden (0-5) were winless for the second year running and have to go back 13 matches to their 19-11 defeat of Poland at Enkoping in June 2013 for their last win. 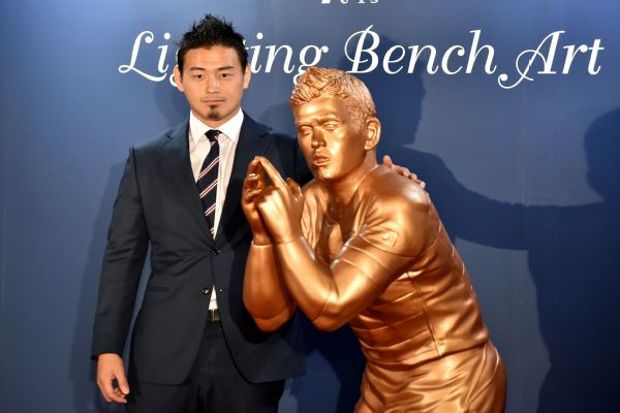 176 - points scored by Ayumu Goramaru, the most by any player in 2015. The Japanese fullback became a cult hero on the back of his team's World Cup exploits, having a zoo giraffe named after him, getting certified as a 'Master of Ninjas' and winning a Super Rugby contract with Queensland. But he already had cult status among rugby statisticians. This is the third year out of the last four that he has been international rugby's leading scorer, losing out only in 2013 when Leigh Halfpenny's 173 points headed him by 12. With 684 points, and at 29 power to add, he is also the decade's leading scorer so far.

229* - players will look back fondly upon 2015 as the year when they made their international debuts. Brazil had most, 22, followed by Portugal with 20 and Kenya 19. Among the World Cup contenders Scotland and Georgia had 11 debutants, Romania 10 and New Zealand 9, and Australia fewest with 2. Twenty-four of them scored tries on debut, Milner-Skudder crossing twice. Nine were yellow-carded, a particularly British achievement shared by England's Sam Burgess and Calum Clark, Welshman Ross Moriarty and the Scottish duo of Ben Tallis and Hamish Watson.

1150* - players won international caps in 2015. Spain (59), Portugal (55) and Russia (54) used most players with Argentina (53), Scotland and Georgia (50 each) leading the World Cup nations -- USA and Fiji (35 each) using fewest. 203 men played against the All Blacks, and none emerged with a winning record. The 23 Australians involved in their single defeat all also lost at least once to them. 206 different players enjoyed wins over Canada.

*Numbers relate only to the 27 countries for which Statsguru records full team-sheets and individual scoring details.

A stylish and efficient Welsh flyhalf and an excellent tactical kicker, Davies played his first game for his country while on tour with Wales in Australia in 1978. That game and his next two, another against Australia and one against New Zealand, were all losses.

Davies overrode those disappointments to become a vital part of Wales’s effort over the next four seasons. He formed a strong halfback combination with Terry Holmes, the two playing together in tests 17 times. He went on to captain Wales in the 1981–82 season, when it scored two wins and three losses. Davies was also a Lion in South Africa in 1980.

A graduate of Oxford University, he was manager of a building society for a while before becoming the head of sports broadcasts for the BBC in Wales. He also became a powerful figure in Cardiff and Welsh rugby administration and in university academia.