You are here: Home » News Comment » Ponsonby Club in the lead again; for producing most All Blacks 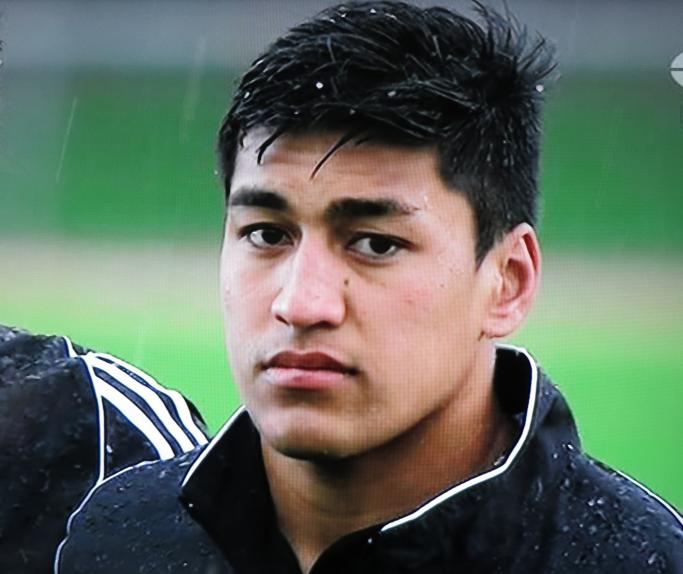 KeithQuinnRugby.com wrote to the eminent New Zealand rugby statistician Paul Neazor in an attempt to clarify the records set by the appearance of Rieko Ioane as an All Blacks test player in the game v Italy. In true style Paul has come up with a definitive list and also a comparison for the Ponsonby Club with the club with the ‘second-most’ All Blacks.

Paul has given permission to reproduce here his details of the new record set by Ponsonby District Rugby Club for ‘Most All Blacks.’

When 'Passion and Pride' was written in 1998, the Ponsonby club had produced 38 All Blacks and profiles of each were given in that book. Since then another seven Ponsonby players have gone on to represent New Zealand, and the selection of the seventh (Rieko Ioane) had major significance for the club, as that enabled Ponsonby to break a tie that existed with Otago University at the head of the nationwide list of clubs with most All Blacks.

Which club has claim to the most All Blacks is often subject to various interpretations, but if you only count a player as one of the club’s All Blacks if he was still a member of that club when he was selected, Ioane’s selection was the one that put Ponies into top spot. Back in the day it was easy to place a player, as you’d see him in club colours most weekends before the rep programme started. The lines are a little more blurred now, but there’s no possible argument about any of the six players in this chapter as all played for Ponsonby in regular Auckland competition matches. In fact I think I’m right in saying all the players on this list – both Ponsonby and University – played for their clubs in at least one year they were chosen for New Zealand, or the year immediately prior to that selection.

This topic has produced some heated debates down the years, but until Patrick Tuipulotu was chosen in 2014 the southerners held a lead that stood up to the most searching examination. A visit to the Otago University website will show a list of 68 players who represented New Zealand and who had, at some stage of their careers, played for Varsity. The players who were still with the club when selected are highlighted and, as noted, there are 44 of them. The other 24 had moved on by the time the ultimate selection call came.

Ponsonby can also claim an exaggerated list of All Blacks if it includes players like Keith Nelson, Terry Morrison, Lin Colling – all of whom had played for New Zealand before joining or, in Nelson’s case, re-joining the club but who were not chosen while playing for Ponsonby - Keith Murdoch (who had returned to Otago before his first selection) and Ron Dobson (who played for Ponsonby in 1948 but who changed clubs prior to his 1949 selection). There’s no question these men played for both New Zealand and Ponsonby – just not at the same time. Ponsonby’s list of All Blacks does include six players who were chosen for New Zealand while with Ponsonby and also while with other clubs or unions.

After full research into this matter, the following lists are an accurate picture of just how the club lays claim to 45 All Blacks, and why some other well-known names aren’t here.

Players whose entire All Black career was as a member of the Ponsonby club (39):

Players who played part of their All Black careers as members of the club, and therefore are bona fide Ponsonby All Blacks (6):

All Blacks before coming to the club, and who did not gain selection while with Ponsonby: Noel Bowden, Lin Colling, Jasin Goldsmith, Terry Morrison, Keith Nelson, Tim O’Connor, Rex Orr.

Since the subject is bound to come up, let’s also examine the Otago University register of All Blacks, using the same criteria. Because the club was, for much of its existence, a closed one and players had to be enrolled at the University to play for the light blues, many moved to other clubs quite young even if they would rather have stayed. That said, the student body at Dunedin was generally older than at the other universities due to the post-graduate courses offered, especially in health sciences. A number of the club’s All Blacks were therefore in their early- to mid-20s, rather than somewhere between 19 and 21.

Until 1950 or so many only appeared in first-class rugby for a short time, retiring upon graduation to concentrate on their professional lives. Therefore only one player, Tony Davies, was an All Black before arriving but a lot won selection after leaving. Davies was an interesting case, as he was chosen for the 1960 South African tour as an Auckland player but changed his enrolment to Otago during the year; when he came back he played one match for Auckland as a University of Otago representative and therefore became one of the first ‘loan players’. The University ranks don’t contain many players who had long international careers like several Ponsonby All Blacks; the widely different make-up of the clubs told against that and Chris Laidlaw and Earle Kirton are anomalies in the Varsity ranks. The University All Blacks are:

Players whose entire All Black career was as a member of the Otago University club (35):

Players who played part of their All Black career as members of the club, and are therefore bona fide University All Blacks (9):

Three players – Keith Nelson, Terry Morrison and Greg Burgess – had associations with both clubs although none of them are true Ponsonby All Blacks. Despite this, Nelson is widely known as a Ponsonby identity and had strong family links to the club even before his own massive contribution is considered; he is a Life Member but only won national selection while in Otago. Morrison also played more for Ponsonby than for University but his brief All Black career was over before he arrived in Auckland, while Burgess didn’t win All Black honours from either club and was picked as a Takapuna man in 1980.

Acclaimed as a man who might have become South Africa’s finest wing, van Vollenhoven indeed fashioned a reputation as a great try-scoring wing – but it was for St Helen’s at rugby league.

His international rugby career was cruelly brief. After his debut as a centre against the 1955 Lions, van Vollenhoven moved to the wing and promptly became the first player to score three tries in a test in South Africa. In the second test in Australia the next year, he kicked a dropped goal – it was only the second time he had ever attempted one – but his form fell away in New Zealand and while he played eight of the first nine matches, he played only the third test.

The crew-cutted van Vollenhoven was reckoned to be inconsistent, but there was nothing unreliable about him in the matter of scoring tries. In his 19 matches on that long tour, van Vollenhoven scored 16 tries, but was such a natural and instinctive player that selectors found him difficult to fit into a team pattern.

He certainly proved them wrong, or misguided, with St Helen’s.