You are here: Home » News Comment » Facts you Might Not Know About NZ's 3 New Rugby World Cup All Blacks 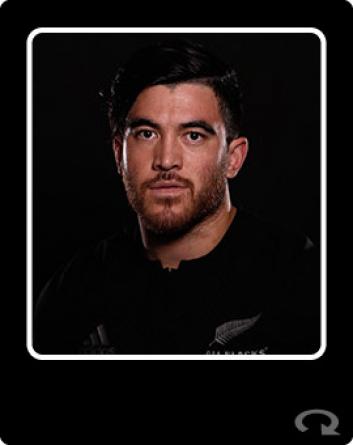 CODIE TAYLOR
Codie Joshua Dane Taylor
His Christian name is correctly spelled; Codie not Cody.
He was born in Levin on 31 March 1991

Taylor is of Ngati Raukawa and Muaupoko Maori tribal origins.
The town of Levin had not 'provided' an All Black since local lad Carlos Spencer arrived in 1995 and played until 2004.
He was a Junior and Secondary School rep for Horowhenua-Kapiti
He attended Horowhenua College in Levin before transferring to Feilding High School in Feilding.
He made the New Zealand Under 17 squad while still at school.
In 2009 he played for New Zealand Secondary Schools.

In the last 12 years Feiding HS has provided five All Blacks (add George and Luke Whitelock from above) and add two Black Ferns (Sara Goss and Charlotte Scanlon) (Adam Whitelock was also a Sevens All Black in 2014??)

Codie grew up for some years in Australia and played rugby league there.

Like Dane Coles he has been a 'resident' of the Kapiti Coast, on the east coast north of Wellington. His immediate family watched the announcement of the Rugby World Cup tream in Levin.

When he transferred to Christchurch in 2010 he joined up with the Sydenham Club. Along with Nepo Laulala he was a new All Black from the club in 2015. (other recent All Black front-rowers have come from that club; Dave Hewett, Con Barrell and Corey Flynn)

At Sydenham and with Canterbury TaylorF has been a hooker and loose forward on occasions.

He toured Japan with New Zealand Maori in 2014.
He made his test debut for New Zealand in Christchurch in 2015 v Argentina, scoring a try on debut.

NEHE RIHARA MILNER-SKUDDER
born 15 December 1990 at Otaihape, near Taihape, New Zealand.
He is of Tongan/Maori descent

On the Maori side he is of the Ngati Porou and Tapuika tribes but also is of Tongan descent. His Grandparents are originally from Mu'a/Lapaha/'Ata'ata island in Tonga.

Nehe's parents are Richard Skudder from Te Puke and Heneriata Milner from Ruatoria. One published story this year has it that his parents (his father was an Army Engineer) were driving from from Waiouru Army camp to Palmerston North hospital but the baby 'arrived' in Otaihape on the outskirts of Taihape)

Nehe's father Richard is a younger brother of George Skudder (George represented the All Blacks also as a winger in 1969 and 1972). Henrietta Milner is a cousin of the late All Black centre Henare 'Buff' Milner, an All Black in 1968-1970. Skudder and Milner never played in the same All Black team.

Another All Black Tanerau Latimer (five tests; six games 2009) is Nehe's first cousin. Ben Atiga was another All Black (1 test 2003) from the same wider family. Their forefathers were born and raised in Lapaha, Tongatapu in Tonga, before they left to New Zealand. Two members of the earlier generations of the Skudder family were part of 94 a group of Tongans who volunteered to join the Maori Battalion and Niue Battalion during WW1.

Nehe did his secondary schooling at Queen Elizabeth College in Palmerston North. He attended for five years, making the first XV and leaving in 2008. In 2009 he was trialling as a rugby league hopeful with the Canterbury Bulldogs in Sydney. Also at the Bulldogs at that time was All Black Sonny Bill Williams.

Not having made it into the top team at the Bulldogs Nehe returned to Palmerston North in 2011 and resumed playing rugby union for Old Boys Marist Club then Massey University. In his first year back he made the Manawatu Turbos representative team. He also played in the New Zealand Touch team.

Impressive form in 2014 saw his rise begin to come into All Black consideration. He went on the 2014 Maori All Black tour of Japan, then played Super 15 rugby in 2015 for The Hurricanes. His exciting, elusive running as a winger/fullback had him in the All Blacks for a 2-try test debut in Sydney in August 2015.
.....

Early in 2009 he showed a hint of his future speed when he won the 100 metres at the North Island Secondary Schools athletic championships.

His rugby was making its mark too. Also in 2009 while still at WCC he made his debut for Wanganui, playing under the name 'Waisake Ratunideuba.' While his first provincial game was actually against Murray Mexted's International Rugby Academy XV his first-class debut was as a substitute in Wanganui's challenge for the Ranfurly Shield. He played 11 games for the province that season. He was listed everywhere as W.Ratunideuba.

In 2010 he had shifted north, crossing into the Taranaki rugby province. He joined the Spotswood United Club from where he made his Taranaki debut. The following year he made the New Zealand Under 20 team which travelled to Italy and it won the IRB's Under-20 Rugby World Cup. By 2015 13 of that team had become full All Blacks. (see list in Codie Taylor profile on this page)

In 2012 Naholo's brilliance as an attacking runner had also caught the eye of sevens guru Sir Gordon Tietjens and Naholo, starting at the Wellington sevens of 2012 he travelled to four of the HSBC World Sevens Series tournaments. In 2013 as a 22 year old he had won his second World Cup title by being part of the 33-0 thrashing of England in the Sevens World Cup final in the Moscow Olympic Stadium.

And so they came in 2015 with his inclusion in the All Blacks pre-World Cup squad. He made his test debut v Argentina in Christchurch but had to leave the field with a serious leg injury. There was extreme doubt expressed that he would be available for the Rugby World Cup but a highly publicised recovery, aided, it is said by an ancient and traditional Fijian healing process was said to have helped significantly. It was reported Naholo visited a local doctor at his remote village of Nadroumai where Dr Isei Naiova tightly bound his legs with leaves from local trees, some of which are said to have strong anti-inflammatory qualities. Naholo's recovery was said to have been quickened markedly.

Nevertheless his inclusion in the 31-man All Black team for the Rugby World Cup was a surprise, especially as it was said he would not be avaliable to play until the third game of the Cup series. Coach Steve Hansen justified the selection of Naholo by saying the All Blacks needed his 'X-factor' qualities as an attacking winger.

William Wavell Wakefield was a highly successful player, thinker, innovator and captain. He became one of the world game’s best administrators, becoming an England committeeman before rising to be president of the Rugby Football Union in 1950. He served as a delegate on the International Rugby Board for the seven years up until 1961 and wrote extensively about the game, in his later years becoming a symbol of wise counsel for amateur rugby and its future.

The young Wavell Wakefield was a supremely fit rugby player, winning his 31 international caps as a flanker, lock or No. 8. He first played for England in 1920, when a strong Welsh side thrashed him and 10 other new caps. The selectors persevered with many of the new players, and out of their rising confidence came one of England’s best eras.

The England team, with Wakefield, the brilliant halfbacks ‘Dave’ Davies and Cyril Kershaw, Cyril Lowe the wing, and forwards Tom Voyce and Ronald Cove-Smith, combined to win the Five Nations crown three times in the first four years of the 1920s.
Wakefield played his first 21 internationals consecutively, winning 17 times with one draw. By 1927, when he was hampered by injuries, the highly popular and respected ‘Wakers’ had reached 31 caps – an England record for any position and one that stood until 1969, when it was passed by D.P. ‘Budge’ Rogers.

Wakefield is often remembered as one of England’s best captains and tactical planners. As captain of Cambridge University and England, he insisted on each member of the forward pack undertaking set roles, rather than plodding together from set piece to set piece, as had been the style.

Under his leadership, England’s back row combinations became the first in the world to work together as a ‘team’, which is commonplace in modern times. Certainly he was highly successful. In his seven seasons in the England team he took part in three championship wins, three Triple Crowns and three Grand Slams. It is a tribute to him that those years came to be known in English rugby as the ‘Wakefield Era’.
After his active rugby days he was a Member of Parliament and then became the first Baron Wakefield of Kendal. He died in 1983.