In 112 years of All Black history who have been and who is the current All Black's record test try-scorer?

Ever wondered just many many - or how few - All Blacks have been our record test try-scorers? You might be surprised. In 112 years of the All Black story there have only been seven test try-scoring record holders. And one old star held the record for 63 years! And can you recall who's the current scorer of most All Black test tries? Check the keithquinnrugby.com records here. Read more » 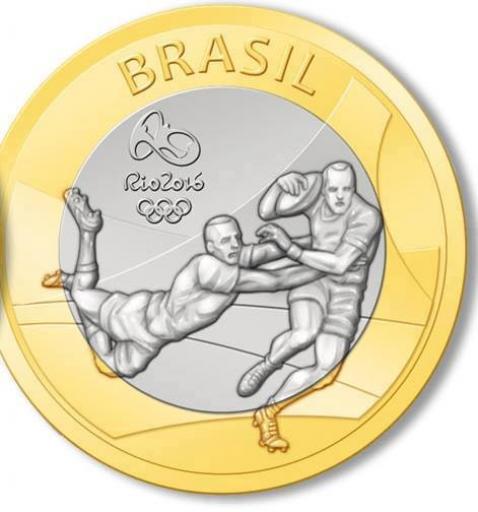 Here's how an Olympic Rugby Gold Medal will look for those winners of the Men's and Women's competitions in Rio de Janeiro in 2016. They are a simple design - you might even say not particularly artistic - but they will be so keenly fought for!   Read more » 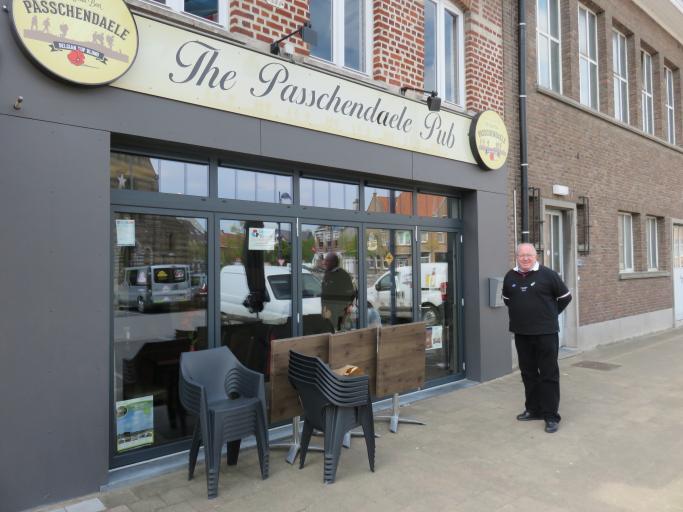 One of the key reasons for my tour to Europe and North America this year was to visit and pay homage to World War I battlefields and to the rugbymen who died there. We did that for sure, but not before meeting our guide and having lunch at a very appropriate place for New Zealand war watchers in Belgium. Read more »

Obituary; For an Irish star who played v New Zealand way back.

Here's an obituary about an old Irish star forward who will be much missed. I met Jimmy McCarthy a number of times. Not only was he a lovely, friendly bloke but the Irish players of modern times loved him too. He was seemingly always close to the national team. This report on his death I reprint from the Irish Rugby Football Union's official website; Read more » 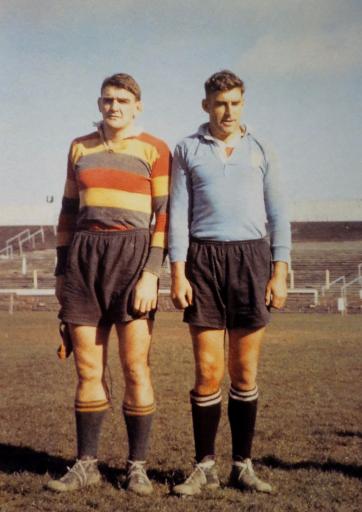 Don't you just love this picture of the two old locking buddies; Nev MacEwan and Colin Meads! (Taken while training before an All Black tiral match in 1959.

Selected for the All Blacks in 3 different test positions; a top player who led a mixed life.

NEW ZEALAND SEVENS TEAMS IN THE 2014-15 SERIES (In brackets; are the Keith Quinn performance ratings for each player out of 10 so far this season) Read more »