Its always worth reading about again; the day Manu Samoa arrived on the Rugby World Cup scene - and beat Wales!

This is a piece I wrote for a history of the 1991 Rugby World Cup. I tried to capture with dignity (and fairness!?) one of rugby's most memorable days. Though perhaps Welsh fans might not agree! Read more » 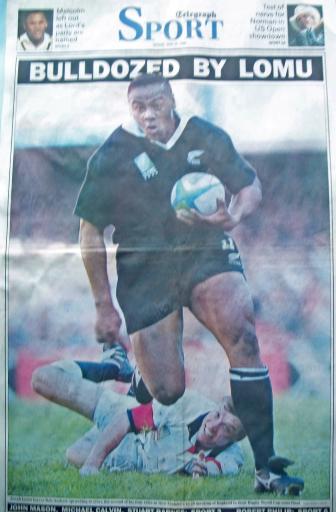 Its the 20-year anniversary of the 1995 Rugby World Cup. Read one man's view on a great but hugely controversial rugby occasion

So what about that 1995 Rugby World Cup - and especially the final? Well, the whole thing was a great event with the All Blacks playing by far the best rugby of any team at the tournament. That of course was never better shown then in the way they demolished England by 45-29 in the semi-final at Cape Town. Read more »

The 'Jerry Collins Took the Rap' story is commented upon.

My story on the late Jerry Collins having to front for a TV interview straight after an All Blacks World Cup defeat in 2003 has been picked up and run on the New Zealand Herald. As a result of that the All Blacks media manager from that New Zealand team has sent his version of events. I thank Matt McIlraith and publish his comments. Read more » 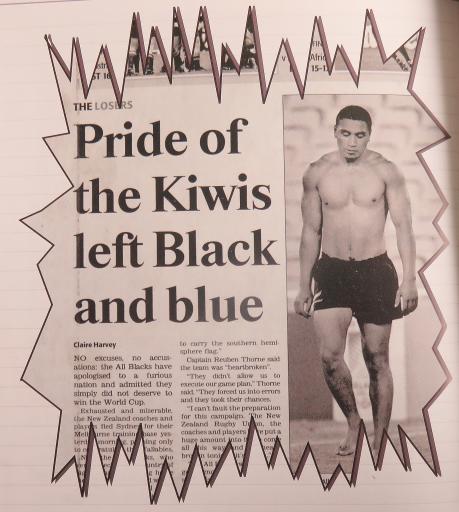 My rugby writing friend Frankie Deges of Buenos Aires has this week wondered why I did not include in my website 'tribute' to the life Jerry Collins any mention of the time I was furious with the way Collins was treated by the management of an All Black team which he had just given his guts on the field for... so I publish that story right here. Read more »

A warm tribute to Jerry Collins by 'Inky' of New Zealand

Many warm words have been written in recent days about the life of Jerry Collins. However some of the tributes have been of the once-over-lightly variety. This one is written by a Kiwi who prefers to be called 'Inky.' - nothing more nothing lees. I know who Inky is by name and I'll vouch for him as a rugby authority. I liked his tribute so much, with all its excellent new information about Jerry, that I thought i'd run again it here. I know I've kinda pinched it, but thanks Inky old mate! Read more » 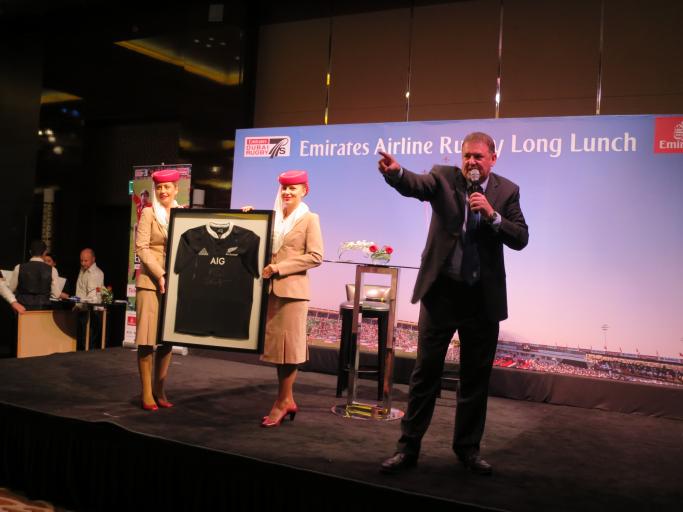 There we were the other day; two blokes sitting at home on a rainy afternoon in Wellington. We had nothing to do except pass the time of day away. The wives were out shopping and like the diligent husbands we are we were waiting at home for them. It was too early for a beer, there was tea in the pot and a new cake on the plate. But when we started talking about the composition of the 2015 All Blacks World Cup team the cake got ignored and the tea went cold. Read more »

What was significant about J.I.Rees (Wales) and W.R.Logan (Scotland) captaining their countries against each other in 1937?

They were both from the same club - Edinburgh Wanderers.