Good old Welshman Huw Richards whose written work I have always admired and enjoyed has obviously been keeping a super-close eye on the international rugby happenings of 2015. Read more »

WHO HAS HELD THE ALL BLACK RECORD FOR 'MOST TESTS?' From the start of the ABs until now. Read more »

9 December 2015 is the 37th year anniversary of the All Blacks first Grand Slam win in UK; What is a Grand Slam? read on...

Golly! Turning back the clock today! Martin Devlin of Radio Sport in New Zealand has just had me on-air on his programme asking for memories of the first ever 'Grand Slam win' by an All Blacks team in the United Kingdom. I gave him my best based on using notes from my 'Encyclopedia of World Rugby' published in the 1990s (and updated here) concerning which southern hemisphere countries had done best at this unique achievement. Read on here; Read more » 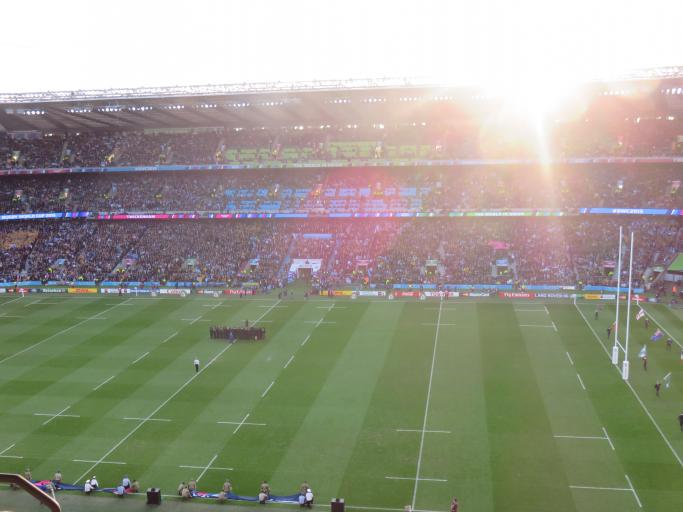 Twickenham looked like this for the 8th Rugby World Cup final. A glorious day so typical of almost all of the weather for this wonderful sports event.

The 2015 Rugby World Cup; Full details,records,scoring,personnel and results of all matches

Full lists of teams, referees and scoring for each Rugby World Cup match in 2015 were quite tough to collate. I have done such lists for each world cup since 1987. So this is my (so far uncompleted and always open to change) listing of records for the eighth Cup event. You will find here all 48 games; the appearances of those who started or came off the substitutes bench in each game; and/or those who were 'stripped to play' but were not called upon. [The last category are increasingly becoming a rarity in the international game these days] Read more » 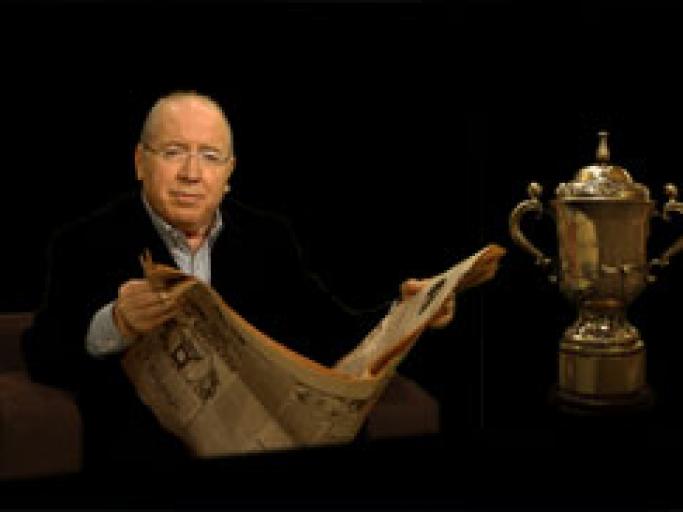 There have been some changes to a number of the teams at the 2015 Rugby World Cup since its Opening Ceremony. Here is an updated list of current players as at 1 October. Read more »

Once a Misfit - Now a Centurion. One lad's look at where Ma'a Nonu came from.

In his next appearance for the All Blacks, Ma'a Nonu will become the 6th All Black to pass the milestone of appearing in 100 test matches. Here is one young correspondent's memory of his first sighting of the big midfield star. Adam Julian of Wellington takes up what was for him a very sad story.... Read more »

No problems to Farah Palmer's team in Barcelona. In the final they beat England 19-9.

Once allowed in the game of rugby union, hacking was the practice of bringing a running player down by kicking him in the shins. After several players were severely injured, and one was even killed, measures were taken to have the practice banned in 1871. Many were the protests in Letters to the Editor columns of London newspapers at the time, centred mostly on a ‘softening’ of the game! A number of clubs wanted to maintain hacking as it endorsed the ‘manliness’ of the sport.

In fact hacking played a significant part in the formation of the sport of rugby. When the Football Association (soccer) was formed in 1863, its rules banned handling, running with the ball and hacking. The Blackheath Football Club in London refused to accept that type of game and helped to confirm the new game based on the running, handling rules of Rugby School, which allowed hacking and tripping of a ball-carrying player. Ironically, Blackheath and Richmond later led the drive to have hacking banned after the toll of injuries became too high.The practice was even banned at Rugby School.

Since then hacking has (thankfully) been lost to the game of rugby.